EMC Security’s Got Your Back 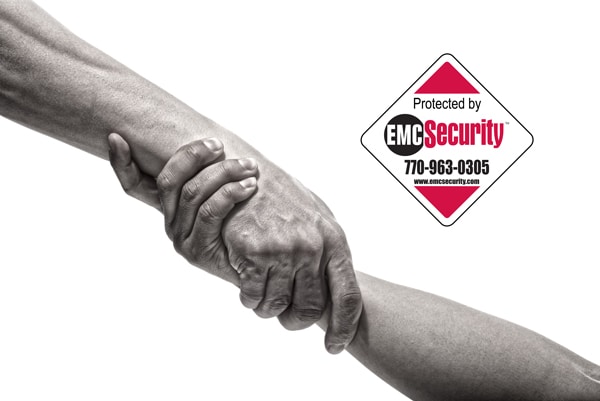 EMC Security has always believed that alarm systems provide peace of mind and are an excellent way to deter burglars, detect fire, and help with medical emergencies.  The actual response stories below show how the security systems of EMC Security customers work to protect the lives and property of our customers here in Georgia.

EMC Security central monitoring station received an alarm from the home of an EMC Security customer in Stone Mountain.  The hall motion detector and kitchen door sensor had detected movement.  EMC Security called the customer and dispatched Dekalb County Police.  The customer called back and advised that someone did break into her home.  A glass pane in the kitchen door was broken out, the beds in two bedrooms had the sheets stripped off of them and dresser drawers had been gone through.  At this time she is not aware of anything missing.  The customer had a new laptop on the dining room table with some cash that was untouched.

EMC Security received an alarm from the front door of an EMC Security customer in Atlanta.  After attempts were made to contact the premises the monitoring representative attempted to dispatch the Police Dept.  The operator at Fulton County Police Department stated that the officers are already on scene from an unknown caller who called in about someone attempting to steal the homeowner’s AC unit.  The monitoring representative inquired about the alarm and if the burglar ever entered the premise, the operator stated that according to the notes from the officers on scene entrance was never made to the location.  The operator stated that the suspect was apprehended by the Police Dept and is in custody.

EMC Security Monitoring Center received an alarm from a business customer in Athens. When contacted, the business owners stated that perpetrators smashed the front window and smashed a glass showcase.  When they smashed the glass showcase, it appeared that the perpetrators had badly cut themselves and there is blood going all the way to the parking lot.  The owners determined that nothing was taken, possibly because the perpetrators injured themselves.  The customer sounded very happy that nothing was taken and sounded content about his alarm system.

EMC Security central monitoring station received an alarm from the business of a commercial customer.  After calling and speaking with the customer, it was determined that nothing was stolen from business.  The customer believes that security system scared the perpetrator away. Customer was very happy with response and performance of security system

EMC Security monitoring received a Smoke / Heat Detector Alarm.  The monitoring station immediately contacted the homeowner and dispatched the fire department and they found that someone in the home had left a pot on the stove where all of the liquid had boiled out of it. If they had not gotten back to the home when they did, the home could have caught fire.  The customer is very happy with the way the alarm was handled by EMC Security.