Hard-Wired vs. Wireless Home Security: Which is Right for You 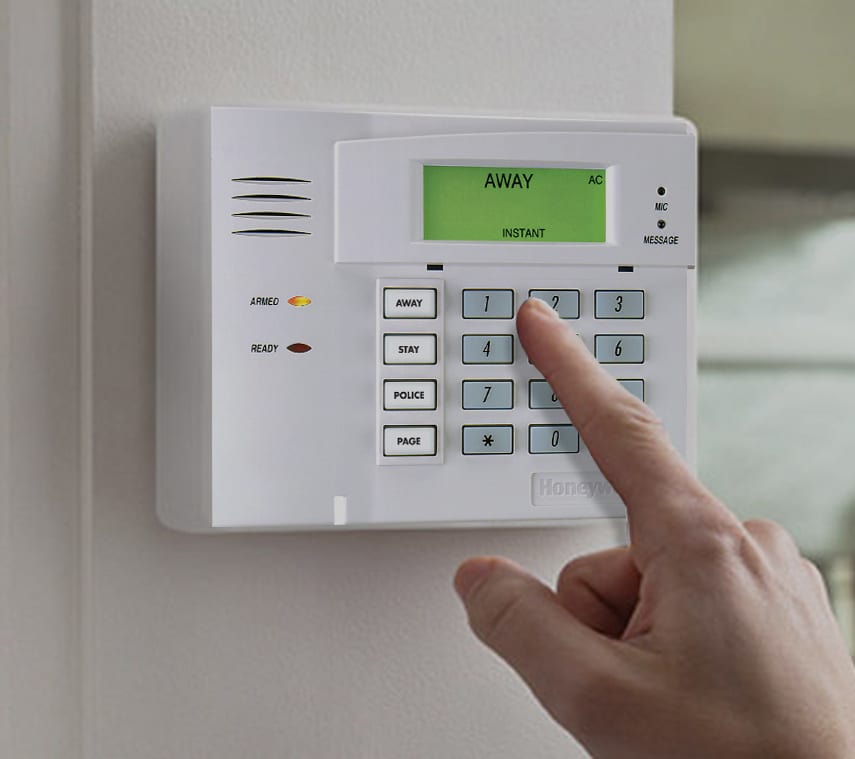 When purchasing home security, most people don’t realize there are many options currently available to them: from choosing between a wireless and hard-wired system, to deciding if you want that system to communicate via landline, Wi-Fi or cellular network, there’s a lot to consider. Want to control everything on an app? We’ve got that, too!

But first things first: You’ll need to decide if a wireless or hard-wired system is the right choice for your home. The distinction may seem obvious at first, but there’s actually a lot to consider.

In a hard-wired security system, the contacts on the doors, windows and motion sensors communicate with the control panel via powered lines that are wired throughout the home. It relies on electricity to operate (with a battery backup).

Because it works off a power source, a wired home security system is considered very reliable. In addition, the signal from the system to the control panel is more consistent due to the hard-wired system.

All of the equipment (contacts and motion sensors) in a wired system are connected via wires that run through the walls of the home, so in most cases this type of system requires that the home have a basement or unfinished area for the wires to connect together. Because of all the wiring, these systems are more expensive than a wireless system to install. Hard-wired systems are permanent and cannot be easily uninstalled or moved.

Reasons to choose a hard-wired system

With all of the advancements in technologies, wireless systems are becoming just as reliable as hard-wired systems — if not more. Due to the easier and quicker installation, a wireless system is commonly the more practical choice for most homeowners.

It is quicker and less expensive to install a wireless system since there isn’t as much equipment (i.e., wires) to install. And because there are no wires, this type of system is portable and easily uninstalled. It’s also more technologically advanced and offers features such as home automation (keyless door lock, surveillance camera monitoring, thermostat controls, etc.).

While it’s uncommon, wireless systems can be vulnerable to interference. They are also battery operated, so the batteries will need to be replaced from time to time.

Reasons to choose a wireless system

If you’re ready to purchase home security but aren’t sure which system is best for you, download our Free Guide to Buying Home Security to learn more about the available options.