How do most burglars break into a home? 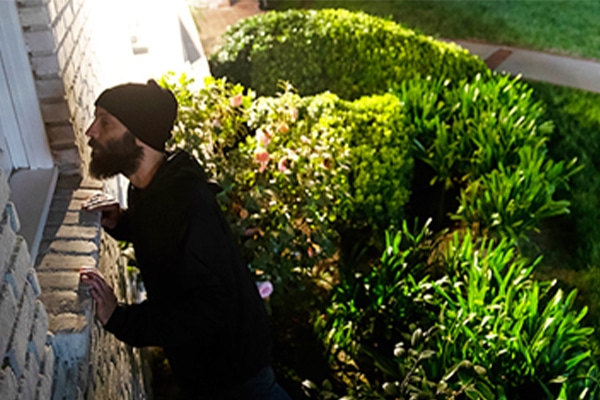 Burglars are clever, opportunistic criminals who make a living off of breaking into homes and businesses.

They’re the reason you should lock your doors, turn off your lights when you leave your house and call the police if you see something suspicious happening. Burglars tend to target homes that have easy access points or no obvious signs of security.

Although there are many ways burglars can break into a home, here are some of the most common:

An open window or an unlocked door is enough for a burglar to break in.

The most common way to break into a home is through an open window or unlocked door. Burglars don’t want to work hard, so they’ll look for the easiest way in. Sliding glass doors are especially vulnerable to burglaries because they can be forced open from the outside by pushing on them with enough force. Alarm systems and cameras are effective deterrents, as is landscaping: hiding your house behind bushes and trees makes it difficult for burglars to access your property without being seen.

They want to get in and out of a home as quickly and easily as possible, without attracting attention or getting themselves into trouble. If they find a home that appears easy to break into and doesn’t look like it has anyone inside, they will usually take their chance on it.

If you make your house look occupied when you’re not there, the burglar might think he’s been spotted and move on to the next house where there’s no one around.

Most burglars break into your home through the front door.

This is because most people don’t lock their doors, and many homes have open windows. You can make it harder for burglars to get in by using security systems, having a dog that barks when someone is near the house, or leaving lights on at night.

Sliding glass doors can be easy to force open.

Sliding glass doors are a popular entry point for burglars because of the ease with which they can be forced open. Sliding glass doors are often secured with a simple latch, rather than a deadbolt or other lock that requires more effort to open. It is possible to secure your sliding glass door in such a way that it cannot be opened from the outside without some sort of key or code, but this option is not always available to homeowners.

Landscaping can make a home more vulnerable to burglary.

While you may love your landscaping, it can make your home more vulnerable to burglary. For example, a lush lawn makes it easy for a burglar to hide among the trees and shrubs. If your front door is visible from the street but there are no windows on that side of your house, burglars might choose to break into an entry point on another side where they won’t be seen while doing their dirty work (and they might not even have to break anything at all).

Also consider how easily a spatial layout allows burglars to escape if caught in the act: if there are large open areas between buildings or structures with several exits and entrances, it’s less likely someone will catch them when they’re trying to run away after breaking in or stealing something.

Dogs can be both an asset and a liability.

The primary benefit of dogs is that they have excellent senses of smell, hearing, and vision. The downside is that not all dogs are good guards. There are many breeds of dog that make great guard animals; German Shepherds, Rottweilers, Pit Bulls and Dobermans are just a few examples. If you have children or elderly people in your household who need protection from burglars or other threats outside your home (such as wild animals), then you will want to consider one of these breeds if possible.

Alarm systems and cameras are effective deterrents. They can be used to watch your home while you are away, while you are there, or to catch the burglar in the act.

Stats show homes without security systems are 3X as likely to be targeted for burglary.  Exterior security cameras deter burglaries even more. 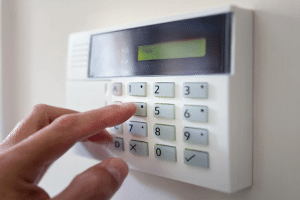 Don’t let criminals into your house! Keep all doors and windows locked, install an alarm system, set up cameras with sensors that detect motion, and get a dog if you can. The more precautions you take now, the less likely it will be for someone to break in later on down the line.

For more information about protecting your home with a security system, call 770-963-0305 or complete this form for a call back.