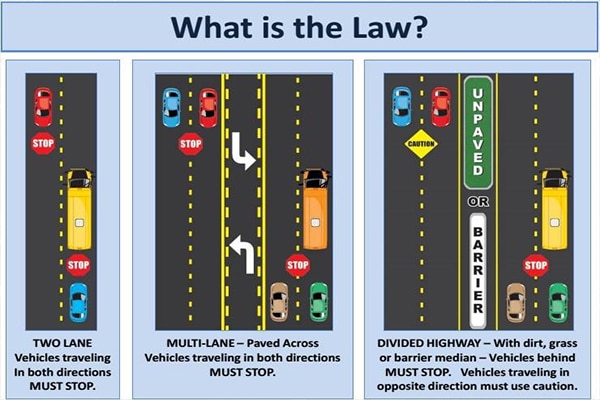 With many kids heading back to school, it’s a good time for a reminder of an important new law in Georgia outlining when drivers are required to stop for a school bus.  According to lawmakers and school officials, this law – that went into effect in February – helps protect students by fixing an error in the previous law that allowed drivers on some highways to continue driving even when a school bus was stopped.

According to the new law, vehicles traveling in both directions must stop when a school bus is stopped on a road with its lights on and sign out. This applies to two-lane roads, four-lane roads, and roads with a turning lane.  The only time you do not have to stop is if there is a median in the road, separating you and the bus.  These sections of roadway are usually divided by a grassy area, a paved area, or a concrete wall.